What You Need to Know About the Permission to Study Stamp

Types of Housing in Malaysia 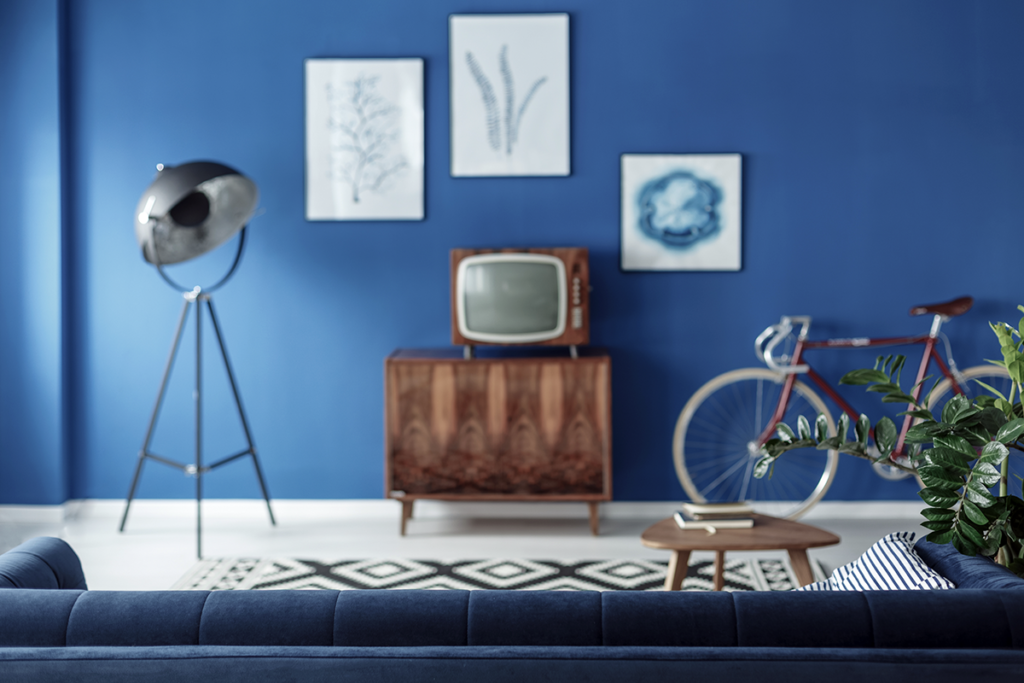 Malaysia was slightly behind the rest of the world with television transmission only starting on December 28, 1963. Starting with one channel, television in Malaysia has mushroomed into a huge business and now encompasses free to air analogue television (to be phased out in 2017) and digital television, satellite, cable and IPTV. With the advance […] 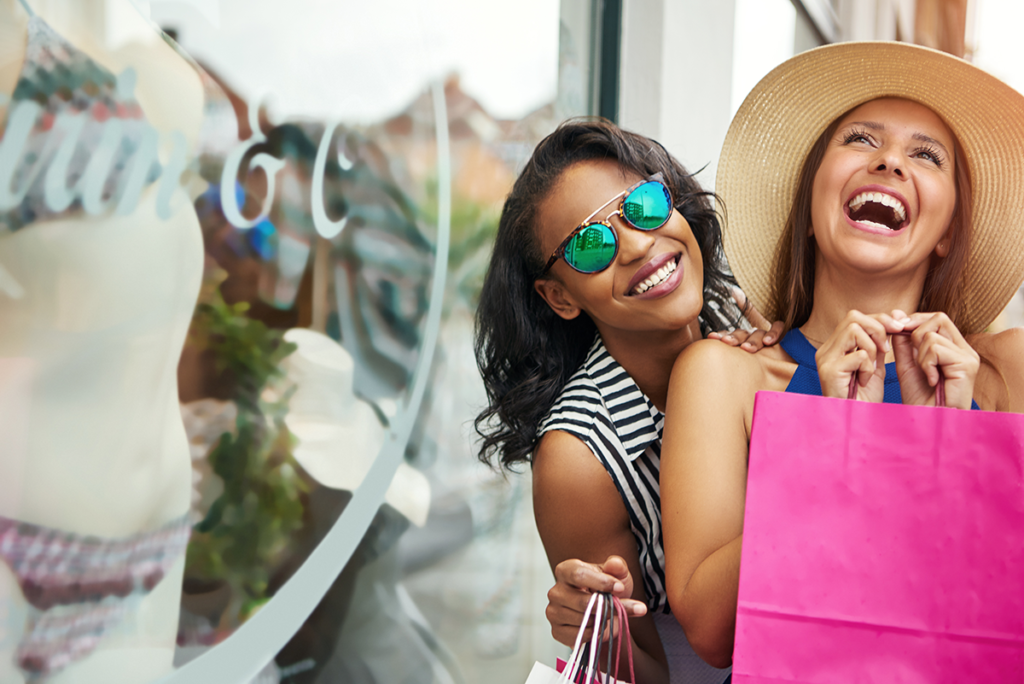 Shopping – the word itself gives off different vibes to different people. To some, all they can hear is the dreaded “cha-ching” from their credit cards while for some, it is heaven on earth. Now, what does Malaysia have to offer when it comes to shopping? Plenty, in fact, Kuala Lumpur having been ranked at […] 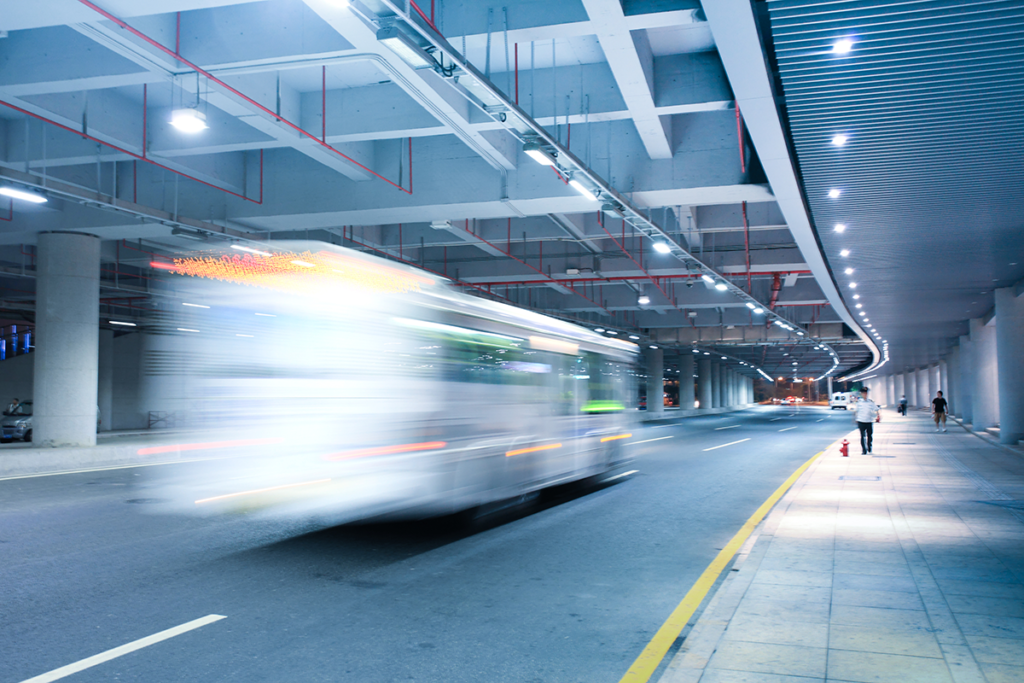 Public transport in Malaysia, and more specifically in the Klang Valley is largely a hit and miss affair. On one hand, Malaysia has modern and relatively well-maintained transportations, but the often-wide issue with it is its integration for the public. Prasarana Malaysia Berhad is the main player in the industry as it has a near-monopoly […] 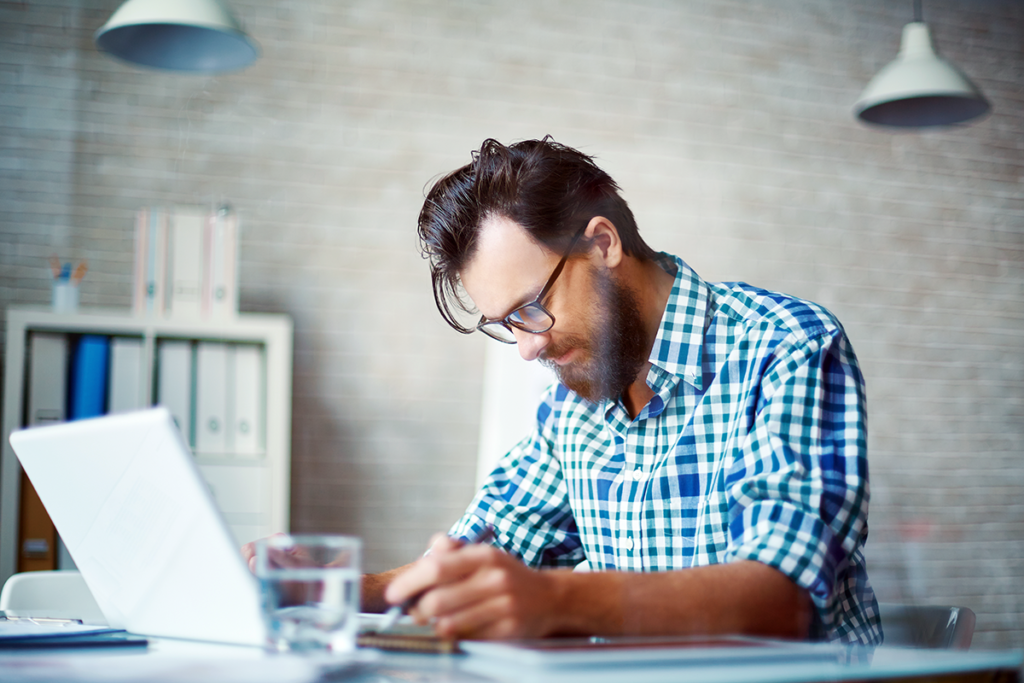 In line with MDEC’s continuous clients’ process improvement, we are pleased to inform you that MDEC is embarking on new services and business processes with the enhancement of the eXpats system to achieve a better process turnaround time and user experience which will ultimately serve you better. Effective from 15th November 2017, the new changes are as follows: 1) NEW PROCESS AND […] 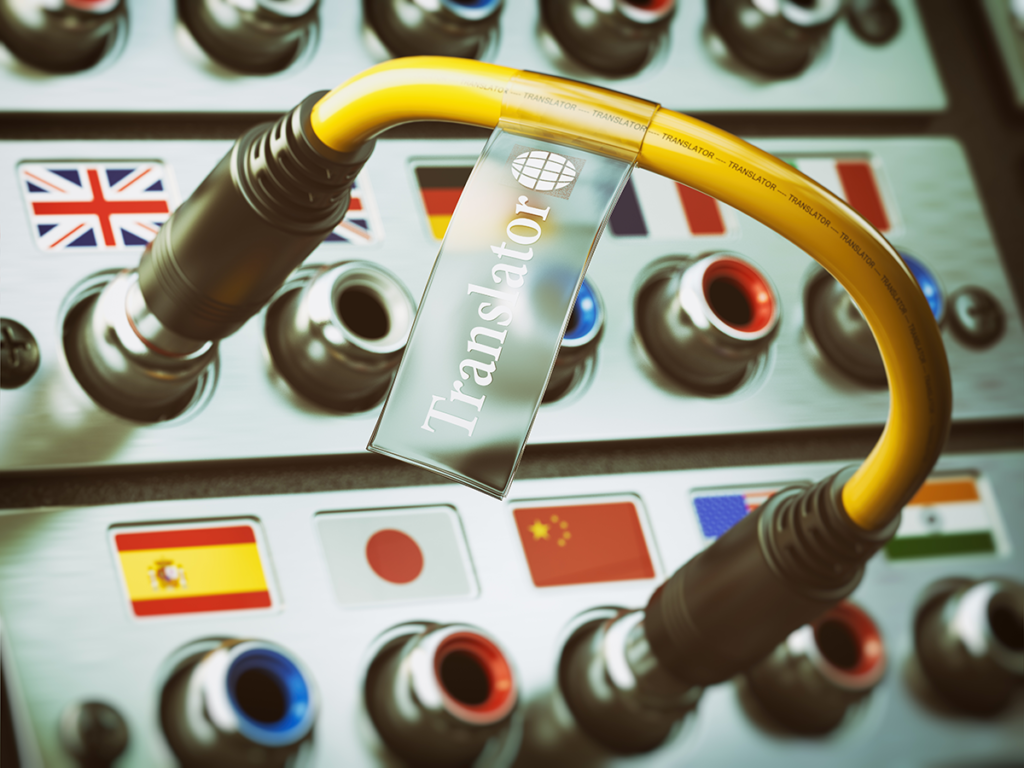 The Golden Chersonese was the term used by ancient Greek and Roman geographers for peninsular Malaysia, and over the years, the gold has been refined with the immersing of various cultures, religions, races, and even languages. Being a major transit sea-way through the Straits of Malacca, there was an intermingling of languages with Sanskrit, Tamil, […] 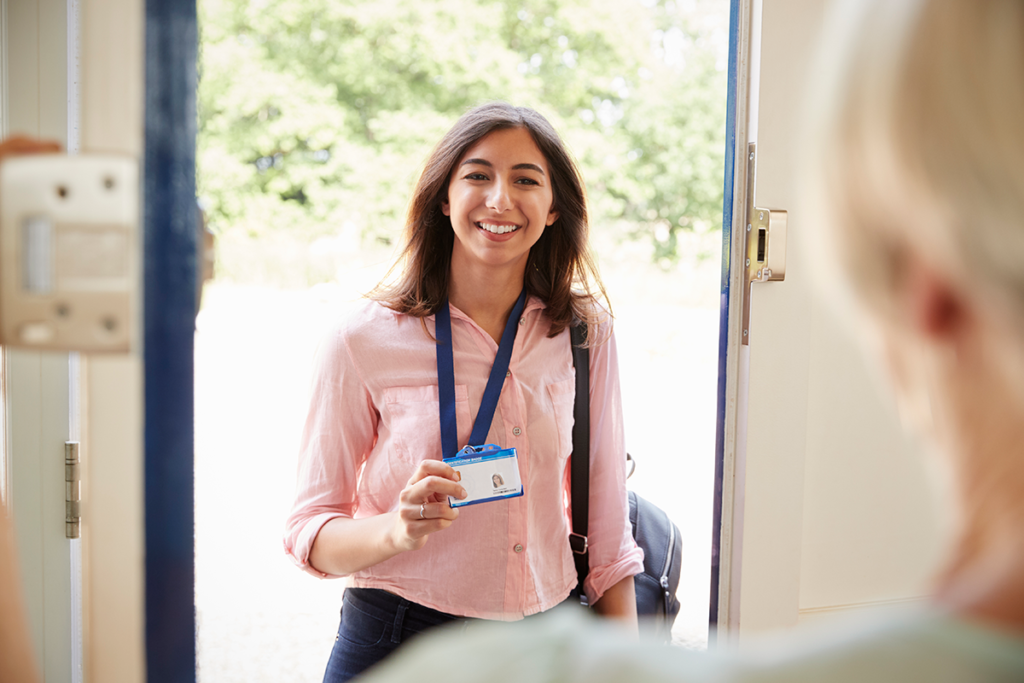 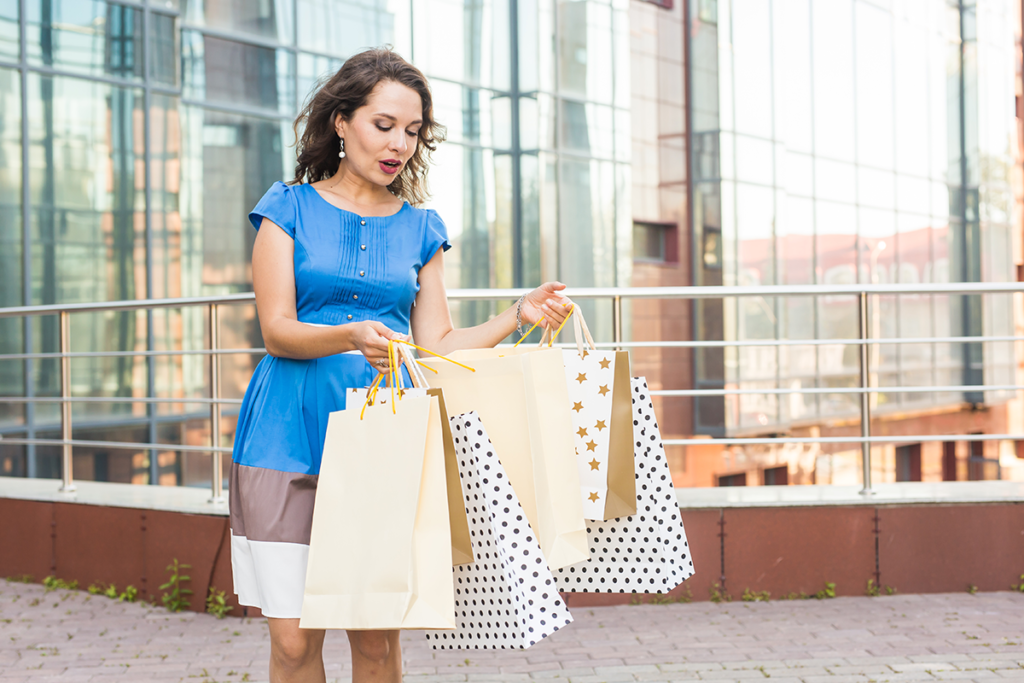 Shopping centres – they are a dime a dozen and honestly, no matter which part of the globe you are on, there is really no difference in the forms and functions of each one. Let us take you on an adventure to discover the rare gems of the Malaysian shopping scene. From trinkets to home […] 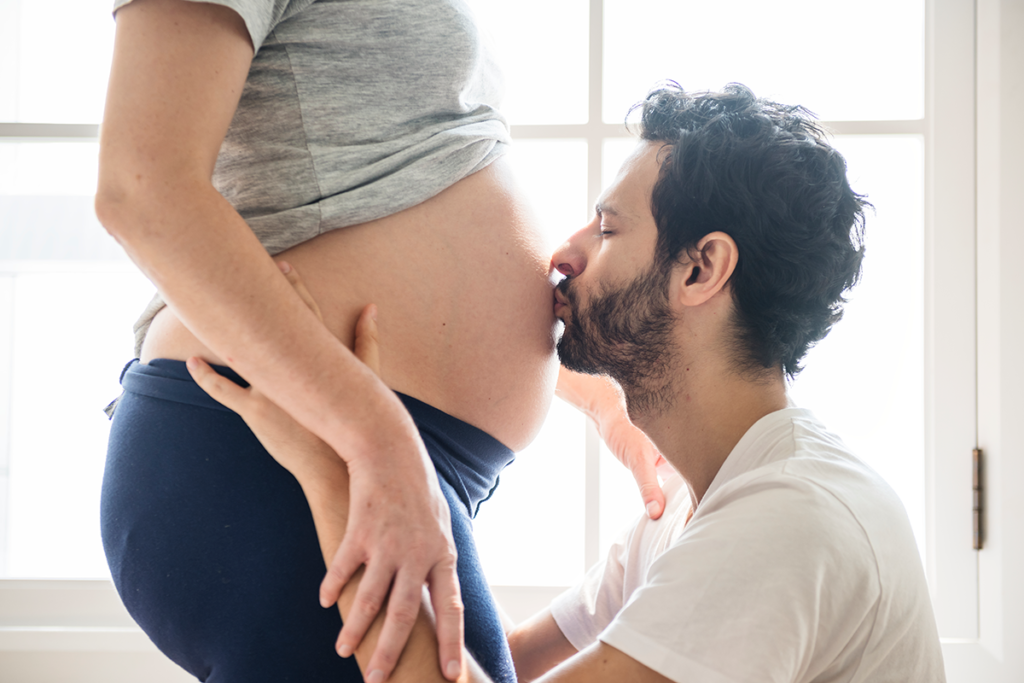 Giving birth – there is quite nothing as beautiful or spectacular as the act of delivering something so precious and gentle. Babies are truly good and perfect gifts which we must cherish. Saying this, I’m sure that you wish for your childbirth experience to be as smooth as possible, so let us clear the clutter […] 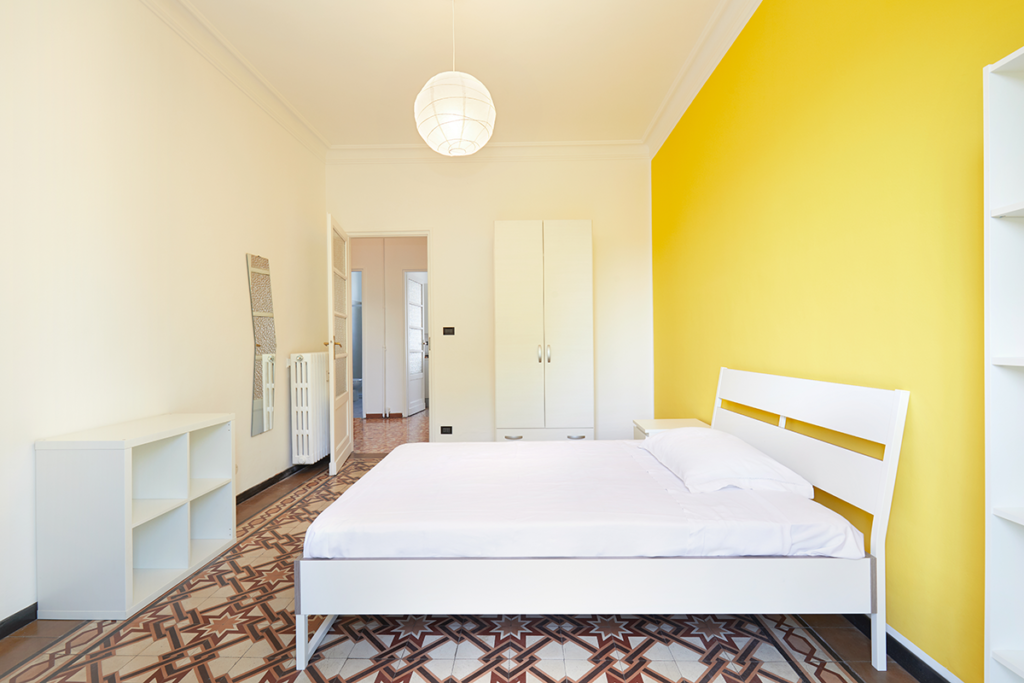 When you come back to your new home in your relocation process, it is always comforting to be in a place that is peaceful and stress-free. Basically, you want your new home to feel, well like home. For those who have experienced commuting all over the world, after a while every hotel room looks the […] 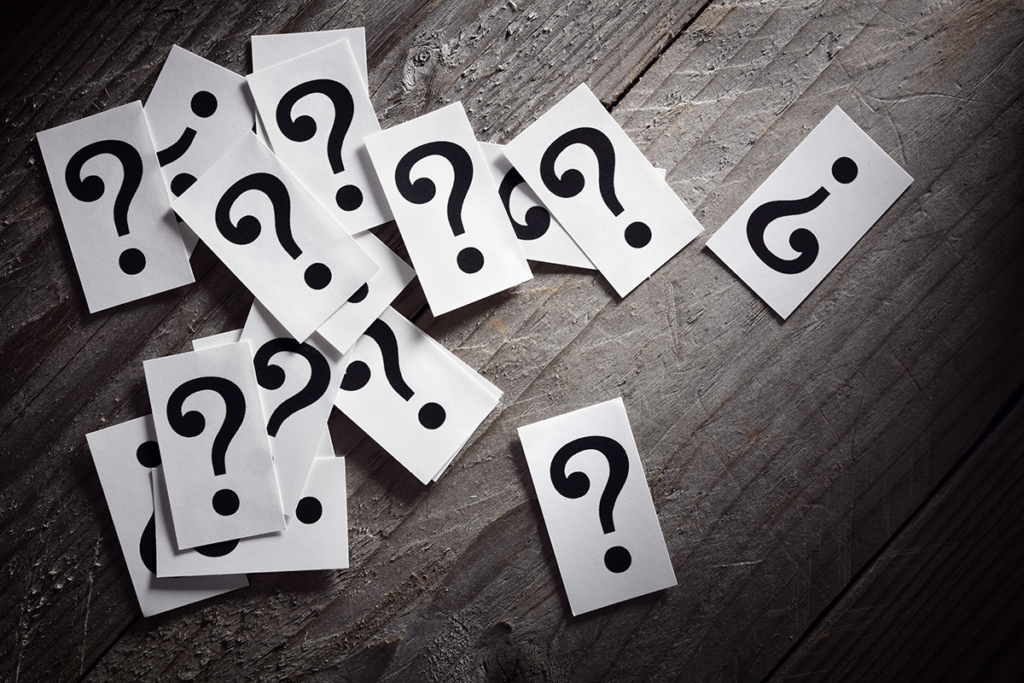 How do I open a bank account? Do I need to wait until I have my work permit? In order to open a local bank account, you will need to have your valid work permit (Employed Pass) endorsed on your Passport. You will also need a letter from your hiring Company stating your employment and […]

The world, despite being made “smaller” through the ease of travel and also the ability to “visit” a location online whilst in the comfort of your own home, can still surprise us with its wonders and awe. Whether in the hustle bustle of Kuala Lumpur, or the sight of the majestic Mount Kinabalu in Sabah, […]

Everyone in the world today is somewhat connected. Globalisation is no longer just a buzzword but a reality to so many, for the expatriates, is a given. The world is smaller as travel is faster and connections done virtually in seconds. Nonetheless, there is a whole new world with variances in diversity and cultures which […]

Gong Xi Fa Cai!! Happy Chinese New Year!! RED RED RED Take out your red outfits and decorations as Chinese New Year (CNY) is just around the corner! Every year, the theme is red; therefore you do not have to crack your mind to figure out what colour you should wear. However, during CNY it […]

Moving about in Malaysia without a car can be frustrating what more with inefficient public transport and waiting hours under the hot sun or drenching rain. The best way to travel in Malaysia is by using a private vehicle. For expatriates, though purchasing a car can seem to be a better option, the prices of […]

Attending a Wedding in Malaysia

In Malaysia, due to the multi-ethnic and religious makeup, marriages are a colourful and meaningful affair that is full of tradition and grandeur. Come as we look at the various ways each culture celebrates this celebration of love: Malay Weddings There are 3 main stages of a Malay Wedding which are the merisik (asking the […] 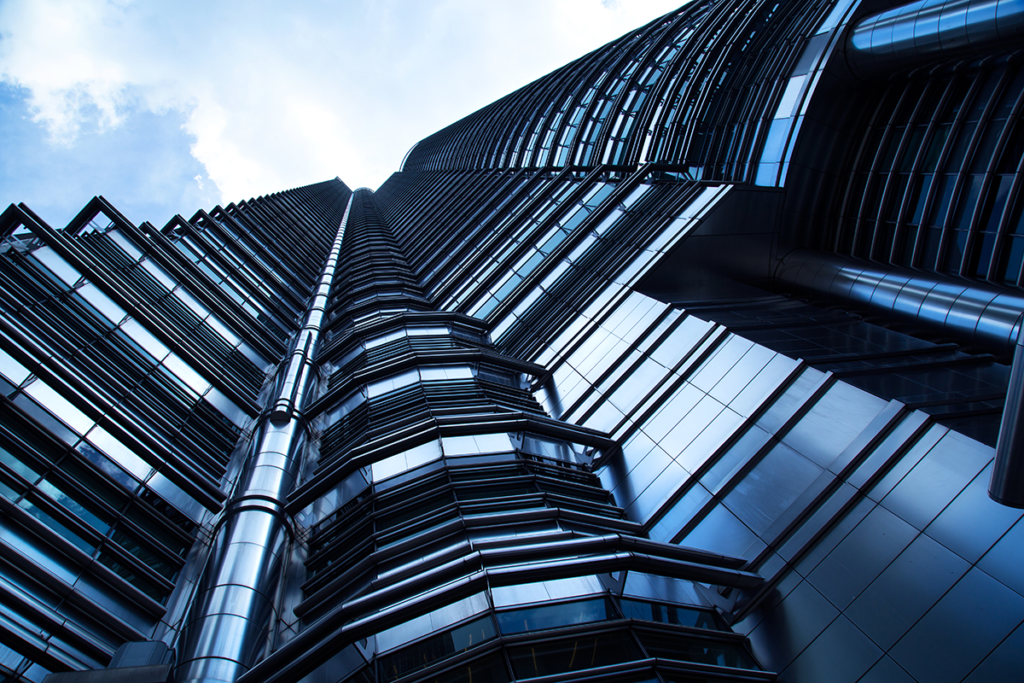 To better facilitate and meet employers needs for skilled expatriate talent, MYXpats have put in place a robust online data platform and service-driven process which have helped the new enhanced centre. The Centre, conveniently located in the Klang Valley, aims to effectively process Employment (EP) and Professional Visit Pass (PVP) applications for skilled expatriates within […]

5 Good Reasons To Move To Malaysia!

(Just in case you don’t already know!) Malaysia has been growing in increasing popularity as a tourist destination and the host country for expatriate staff who now choose to take up their assignments in Malaysia for many good reasons:  An Unique Offering in Diversity  Malaysia is a truly multi-ethnic, multi-cultural society where the three main […] 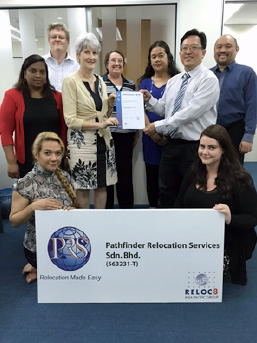 In May 2015 Pathfinder Relocation Services was successful in their independent externally audited EuRA Global Quality Seal re-certification. Since 2009 Pathfinder Relocation Services Sdn. Bhd. (PRS) has been on a journey of building business excellence through the implementation, updating, and certification of the EuRA Global Quality Seal (EGQS). The EGQS is a quality management system […]

Ipoh is the capital city of the state of Perak in Malaysia. Ipoh is about two and a half hours drive from Malaysia’s capital city Kuala Lumpur. A quiet city, Ipoh rose from the banks of the Kinta River during the tin mining boom of the 1880s. The decline of the tin mining industry has […]

Seremban Seremban is the capital of the state of Negeri Sembilan, Malaysia. It is about 45 minutes to an hour’s drive from the capital city, Kuala Lumpur. Seremban is famed for its ostrich farm, state museum and several parks including a lake garden and city park (Seremban 2). Due to rapid expansion, a rising township […] 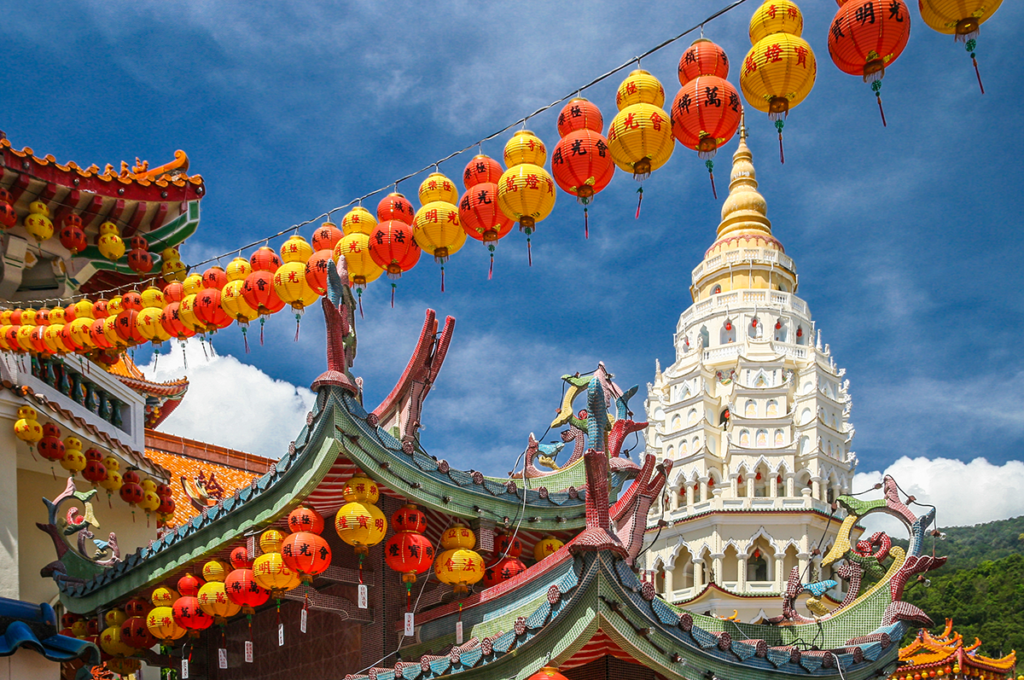 Focus on Penang When one thinks of Penang (or Pulau Pinang in Malay), the first thing that comes to mind is its glorious plethora of insatiable food. However, food is not the only thing to look out for in Penang, as there are numerous sights and sounds to look out for in the “Pearl of […]

Miri is a coastal city in Sarawak, Malaysia. Miri is known as the centre of the petroleum industry in Sarawak for its oil refineries but it is also the gateway to tourist destinations in Sarawak. Tourism Sarawak is home to the UNESCO World Heritage Site, Mount Mulu National Park, which is accessible from Miri. Sarawak […] 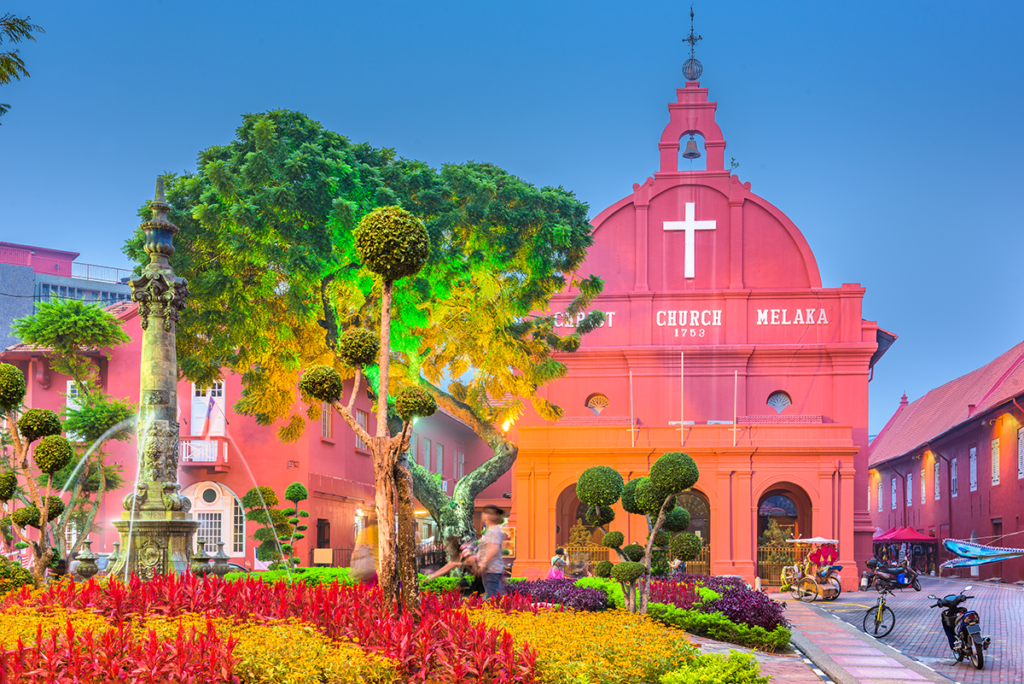 Melaka is must visit simply for the historical value of the city that was once a world destination in the 1500s. Traders from Arab, China, India and Portugal traded along the port of Melaka. Many settled in Melaka which gave rise to the diversity in communities. Today you can find communities from Malay, Chinese, Indians […]

Lumut means ‘moss’ or ‘seaweed’ in Malay. Lumut is a coastal town in Perak, Malaysia and is popular as it’s the gateway to the tourist destination of Pangkor Island. Tourism The jetty in Lumut has seen Navy warships dock there on their way through the Straits of Malacca. The main tourism though is for the […]

Labuan is actually a group of six islands off the coast of Sabah, Malaysia. Labuan’s capital is Victoria, an offshore financial centre of Sabah. Labuan is often referred to as the pearl of Borneo. Tourism Some places to see in Labuan are the Labuan War Cemetery which contains almost 4000 graves of Malaysian, British, Australian […] 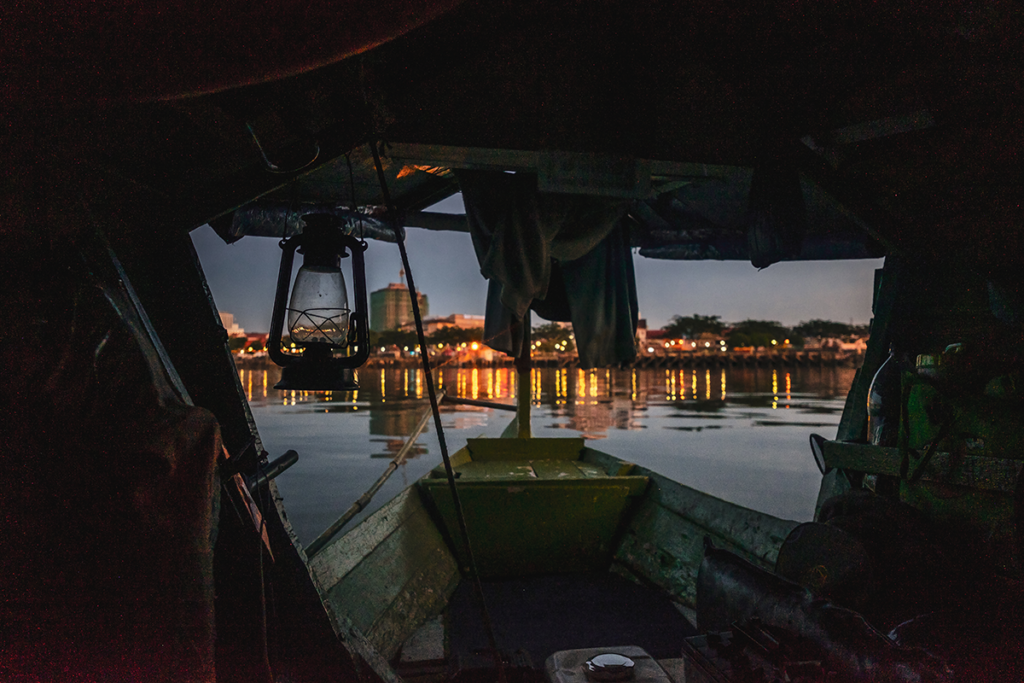 Kuching is the capital city of Sarawak. It has a population of about 300,000 people. Kuching is home to a variety of ethnicities from Chinese to Bidayuh, Melanau, Malay and Orang Ulu (aborigines). This make interracial marriages common in Kuching. Many languages are used and there are places of worship for all religions. As the […] 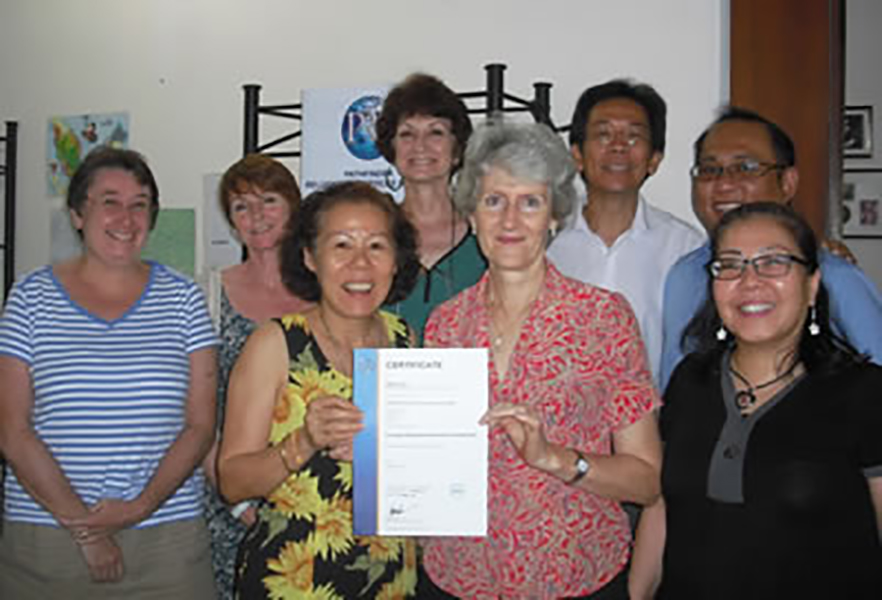 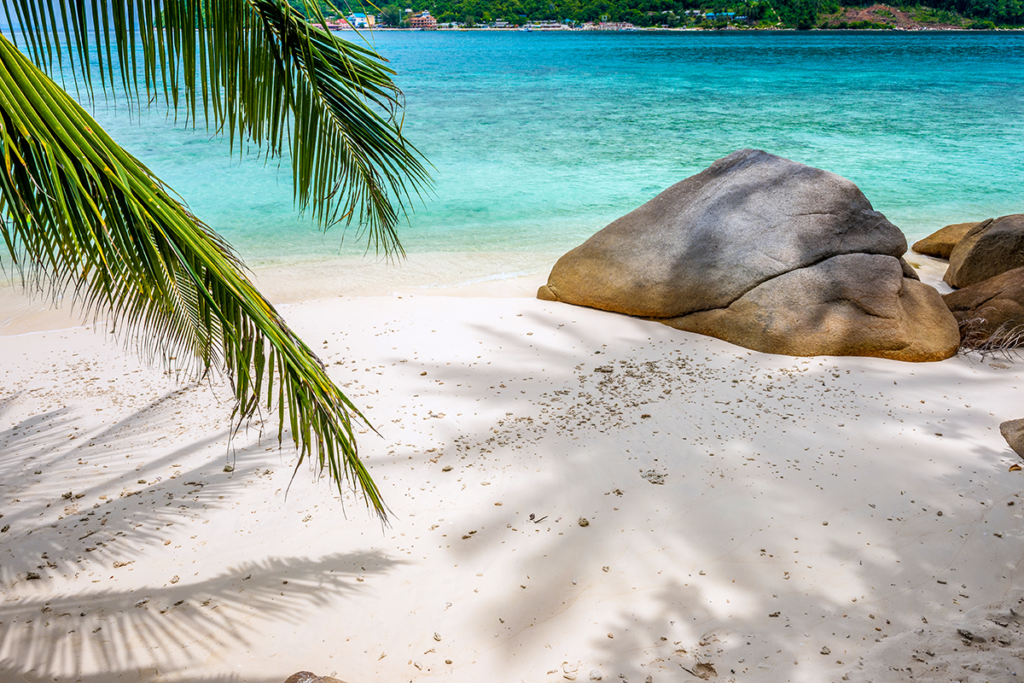 Kuantan is the state capital of Pahang, Malaysia. It is a small town on the east coast facing the South China Sea and home to the Kuantan Port. Seafood is big in Kuantan and tourists often try the famous fish crackers and salted fish. Tourism Kuantan is famed for its endless, pristine beaches. Popular beach […] 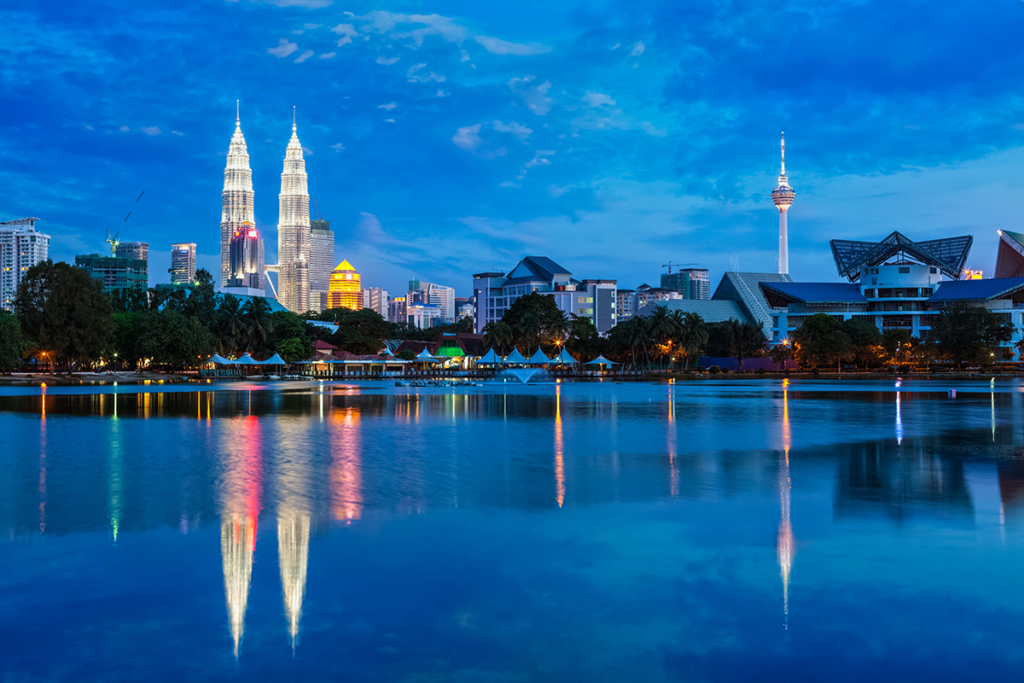 Kuala Lumpur is the capital city of Malaysia. It is the fastest growing metropolitan in Southeast Asia. As the pulse of the country, Kuala Lumpur is the most urban of all the cities and boasts world class infrastructure and facilities. It is also a major shopping destination with huge malls like Suria KLCC and Mid […]

Alor Setar is the state capital of Kedah, Malaysia. one of the northernmost capitals in Malaysia, it is close to Thailand and only about 80km to Penang. As a Muslim state, Alor Setar operates from Sunday to Thursday, observing Friday and Saturday as weekends. Tourism Alor Setar has few but prominent travel destinations. The religious […]

One of the holiest months in the Islamic calendar is certainly the month of Ramadhan; this is the month where Muslims worldwide will observe a fasting period for 29-30 days whereby there will not be any consumption of food or drink from sunrise to sunset. Muslims also do not smoke and engage in sexual relations […]

Malaysia is a melting pot of races, ethnicities and religions and the Tourism Malaysia’s marketing campaign of Malaysia Truly Asia is apt. Islam is the largest religion in Malaysia with 61% followed by Buddhism, Christianity, and Hinduism being at 20%, 9% & 6% respectively. Despite Malaysian having a majority Muslim population, freedom is religion is […]